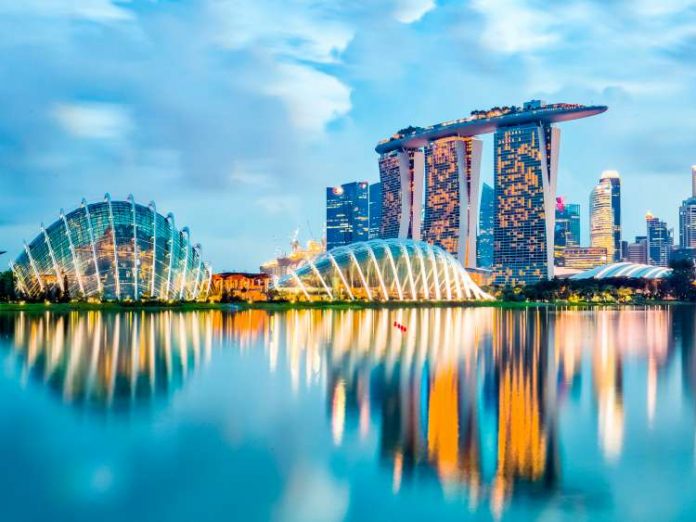 The European Union and Singapore signed an administrative cooperation agreement on trade clusters. The event was held in online mode on the occasion of the first anniversary of the EU-Singapore Free Trade Agreement (EUSFA), with the participation of EU Ambassador Barbara Plinkert, Gabriel Lim, Permanent Secretary of the Ministry of Trade and Industry of Singapore and Png Cheong Boon, Managing Director of Enterprise Singapore. S. Iswaran, Singapore’s Minister of Communications and Information and Delegate for International Trade, also attended the meeting.

The agreement eliminates customs duties and red tape that European companies face when exporting to Singapore. It also removes other trade barriers and improves trade in essential goods such as electronics, food and pharmaceuticals. The agreement opens the Singapore market to exports of EU services, for example, in the transport and telecommunications sectors. The agreement recognises and protects geographical indications of wines, beverages, agricultural products and foodstuffs originating in the territories of the EU or Singapore. In addition, measures under the sanitary and phytosanitary part of the agreement aim to protect the life and health of humans, animals and plants. These measures concern the recognition of areas with low levels of pests or diseases and ensure transparency and exchange of information, as well as the prevention of trade barriers.

Singapore is one of the major trade, financial and transport centres in Asia. With an extensive network of trade agreements with more than 30 partners, the country trades over €550 billion with the rest of the world every year. For Europe, it is the world’s 14th largest goods trading partner and the first in South East Asia (SEA). With a strongly service-oriented economy, Singapore is also the EU’s fifth largest services trading partner in the world. With more than 10,000 European companies having set up their regional hubs in Singapore, the country has become Europe’s sixth largest global destination.

“Externally-oriented sectors such as manufacturing, wholesale, transport and warehousing are suffering the adverse effects of the contraction of many of Singapore’s key markets, which has been greater than expected, and the more protracted than expected damage to supply chains,” Gabriel Lim, permanent secretary of the Ministry of Trade and Industry, had commented in May at an online press conference. Domestic economic activity has been damaged due to the health pandemic and the closure of many jobs. The current collaboration aims to reap the benefits of the EUSFA trade agreement and dramatically increase cooperation between Singapore’s industry clusters with those in the European Union as the global economy needs to return to growth after the health emergency.