Best wishes for good work to President Abela also from the staff of Malta Business. 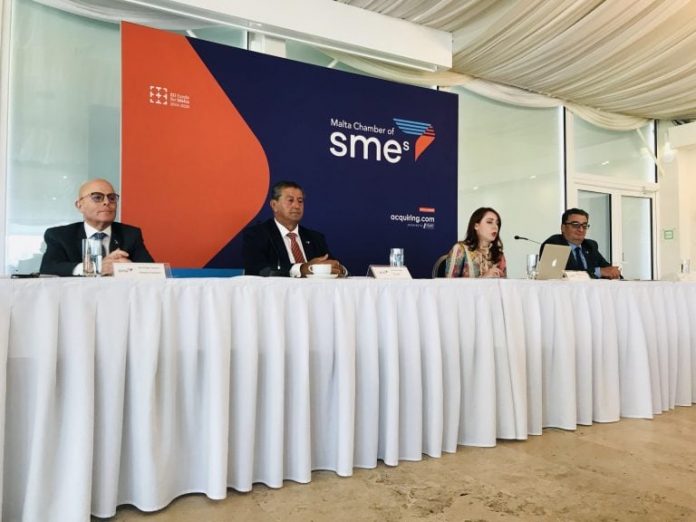 Paul Abela has been confirmed as Malta Chamber of SMEs President for the year 2020-2021.

During the Annual General meeting Mr Abela thanked the council for their support. He mentioned that while 2019 was a successful year for business, 2020 has been very difficult for almost all members of the SME Chamber because of all the challenges that Covid-19 has brought about.

Mr Abela stated that during this coming year he will continue working on strengthening the organization and building on over 70 years of success that the Chamber of SMEs has achieved. He mentioned the rebranding exercise of the SME Chamber and explained that this has already given great results, in visibility, effectiveness and in memberships.

Mr Abela thanked the organisation’s CEO, Ms Abigail Mamo and the SME Chamber Staff for their hard and dedicated work and stated that the organisation was never as professional and held such a high profile as it did today.

‘SMEs today know that they have a home and that we will be with them through thick and thin. The positive feedback I receive from our members is greatly encouraging and assures me that we are on the right track’, concluded Paul Abela in his first address to the SME Chamber Council.

Mr Abela was elected President for the first time in 2006 and since then he worked on strengthening the position of the SMEs and bringing their interests forward on the agenda.

ITPIS: support for internationalisation from Malta

Opportunity to extend on commercial emphyteuses expiring by 31st August 2025

Joanne Bondin is the new president of the Malta Employers’ Association