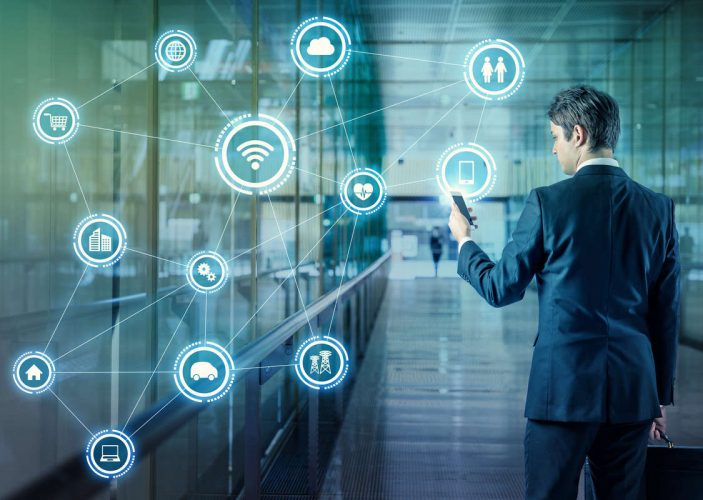 Blockchain is a technology that can play a key role in solutions designed to ending poverty and hunger, granting access to health services, improving infrastructures, reducing inequalities, fighting climate change, protecting marine ecosystems or promoting alliances between different actors to improve people’s lives, among other cases.

Under this conviction, Alastria led the organization of the Global Blockchain Challenge, held on November 11, which brought together 22 participating teams and more than 200 enthusiastic observers to an open innovation exercise that resulted in blockchain-based solutions contributing to the achievement of the 17 Sustainable Development Goals (SDG) promoted by the United Nations. The challenge lasted 10 hours and was co-organized by the European Commission, the EU Blockchain Observatory and Forum, Alastria, INATBA and the Finnova Foundation as a prelude to the Blockchain Global Congress, Convergence held at the Palacio de Congresos y Ferias de Málaga.

According to Montse Guardia, General Manager of Alastria, trust, openness and transparency are part of the DNA of the blockchain ecosystem, which benefits are far-reaching while contributing to multiple sustainable development objectives. “In order to achieve the SGD, collaboration of many actors is required; blockchain is a decentralized technological architecture that enables this collaboration, incorporating layers of traceability, security and transparency, with high levels of efficiency”.  The teams were formed by three participants with complementary skills and backgrounds in different sectors (start-up, companies and academia); in addition, each solution had to be developed from a multidisciplinary vision on three levels: economic/business, technological and legal of the use of DLT/ Blockchain technology and presented to the public in three minutes. The team members included representatives from Spain, Belgium, Romania, England, India, Australia, China, Colombia, Brazil and Chile.

An international jury of 14 people from 5 countries, formed by representatives from the European Commission, parliamentarians from the Republic of Paraguay, blockchain experts, representatives from LifeWatch Enric, the Spanish State Council and the Andalusian Technology Park, selected the winner of each of the competition categories: 1) best start-up based on blockchain, 2) best scaling based on blockchain and 3) best social impact initiative. The winning teams received an acceleration ticket, the Startup Europe Awards, valued at 10,000 euros that will allow them to participate in the calls of the European Union – H2020.

Juan Manuel Revuelta, General Manager of the Finnova Foundation and responsible for StartUp Europe Awards, highlighted his participation in the Blockchain Challenge as “of great importance, since, for the next funding period of the European Union, this technology, adapted to the SDG’s, will have a specific category within the SEUA”. The StartUp Europe Awards are an “open tool where both the participants and the winners receive information about the financial opportunities of the European Union, within the Blockchain field”.

Saved Beer grains protecting coral reefs
The award for best blockchain-based solution went to AB InBev’s team, who oriented their proposal to SDG 14 with the purpose of using blockchain to preserve life in the oceans and restore damaged coral reefs. The team mentored by Nicolas Verschelden (AB InBev) and integrated by Claudia Condulet (AB InBev), entrepreneur Gilda Gil Chavez and Rahul Bobba (NEC Labs Europe GmbH), proposed the creation of a new environmentally friendly sunscreen product made from beer by-products.
“Our team wants to create a cultural change in environmental protection by connecting through Blockchain a bio-based sunscreen product to NGOs involved in saving the Life Below Water. By scanning our product, customers would be able to see their direct positive impact of the area that they would restore. Blockchain makes sense when we sell millions of products that will connect the generated tokens with hundreds of NGOs involved in saving the Life Below Water,” said Claudia Condulet.
Nicolas Verschelden adds that this initiative is in line with the ambitious sustainability goals set by AB InBev for horizon 2025. “We believe that this initiative, which recycles our Beer Saved Grains in a new bio-based sunscreen product, will have a positive impact on the preservation of our oceans and will greatly contribute towards fulfilling our sustainability goals”.

We started from the terrible incident in which last year 43 people died in Genoa when a bridge collapsed; this could have been avoided if a citizen had shared a photo of the crack just 7 minutes before the tragedy. Therefore, we devised a digital platform that allows citizens – through an App – to report incidents on public infrastructure, in exchange for which they will receive rewards through a system of incentives raised with tokens.
The solution includes a web portal for infrastructure providers to manage and prioritize the citizen reported incidents, that will be recorded in blockchain. The deployment of Smart Contracts of the prototype was carried out on Alastria’s T Network, taking advantage of the possibility for citizens to identify themselves using Alastria ‘s ID.
“The Global Blockchain Challenge of Malaga has gone one step beyond from traditional hackers because all the teams, in addition to designing the technical architecture and programming, had to work on the business and communication aspects connected with our ideas,” said Maria Salgado.

Gamification to boost vaccination rates
The solution presented by Rewire.com that was recognized for its social impact, was a digital platform designed to improve vaccination rates in underdeveloped countries through a system of rewards for doctors and patients that, in return, are able to improve the security and transparency of clinical records.
The team was mentored by Daniel Santos and Vicente Ortiz and integrated by Simone Brighina (from the project “Motoblockchain” S.L), Enrique Serrano, from Novoshore and José Luis Molina, lawyer at Vicente Ortiz Abogados. This team worked within the framework of SDG 17 focused on “Encouraging alliances to achieve the objectives” by enabling collaboration between different actors involved in the vaccination process.
Vicente Ortiz explained that “it has been proved that by improving the health of the population, communities are transformed and abundance arrives. That is where the idea of the project came from, which was embodied in the platform called Maat. The usual thing, Ortiz justifies, is that the vaccines arrive to their destination, but not always end up into the market. That is where gamma vaccination comes in, through a system of rewards with tokens or points to encourage doctors to give more vaccines and for families to get vaccinated. This platform is simple and intermediaries-free, thanks to this blockchain technology that, in addition, helps to solve the problems of coverage and networks that exist in certain developing countries.
Several other projects were also designed and presented. Caixabank participated in the Global Blockchain Challenge with a proposal to create strategic development frameworks in favor of groups at risk of exclusion or low income to eradicate poverty. ICADE, with a solution to universally extend the nutritional benefits and properties of virgin olive oil to reduce hunger. Validated ID, dedicated their work to the participation in sports events organized by FIMBA improving the quality of life of athletes once they leave their professional careers. Additum which presented its vaccine traceability project, an open collaborative project involving several of Alastria’s partners to develop an example of study, design and re-engineering processes that will bring this technology to mass use, and Alisys proposed a solution aimed to deploy a blockchain-based supranational registry of living donors and recipients of organs.
Grant Thornton participated with inititiave dedicated to reducing sexual abuse against women by identifying criminal records around the world. WStartupC and Alastria delved into the indicators model for gender equality within the social report of companies. Endesa proposed to reduce energy deprivation using technology. Izertis designed a solution to grant open access for equal opportunities, being able to join the work environment with dignity. Oracle presented a proposal to increase the number of people with relevant skills for employment and decent and respectable jobs. Ashurst raised blockchain as a facilitator to build a successful waste-to-energy solution by solving waste management problems in high-growth economies. Everis/NTT DATA presented a sustainable urban food program supported by technology and tax incentives. Proteum designed a solution to reduce the carbon footprint. And finally, Metrovacesa supported two teams, one presented a dual model of indicators to normalize the social reporting of companies based on blockchain, and other design a solution for donations for the care and feeding of horses based on blockchain.

The agreement has found new regulatory texts that will guarantee greater equity and security in the online world: for the "big tech" new adjustments and rules to be respected.
Read more
Technology

Malta is the first EU Member State to join the EUIPO and go live with the IP Register in Blockchain launched by the Office this past April.
Read more