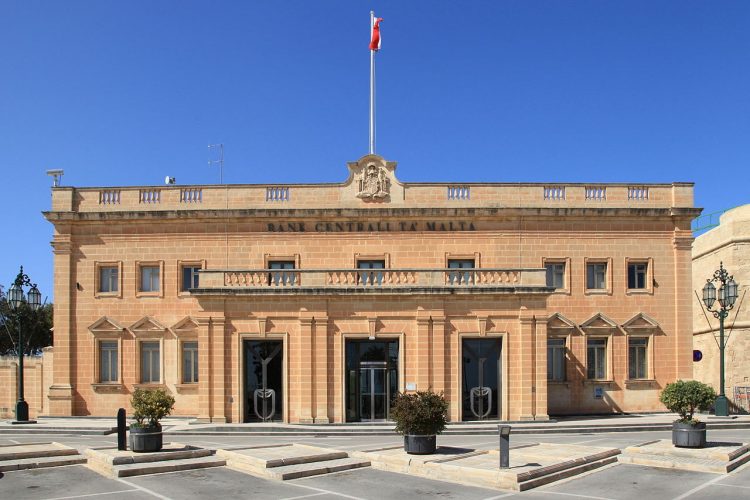 The Central Bank of Malta has released its Annual Report for 2021, including its detailed financial statements, an opening statement by the Governor, an analysis of economic and financial developments in Malta and abroad, and a review of the Bank’s policies and operations. The Report also includes articles on the financing conditions affecting firms in Malta, public debt sustainability and the balance sheet of different institutional sectors. It also includes an analysis of sectoral developments in labour productivity and unit labour costs using national accounts data and another analysis on advertised rents in Malta.

The Central Bank’s Report notes that in 2021, the global economy began to recover from the COVID-19 shock, but the recovery remained uneven across sectors and countries. The strong rebound in global demand occurred in the context of bottlenecks caused by disruptions in production and supply. Mismatches between supply and demand in turn led to broadening of inflationary pressures that were amplified by rising energy prices. Against this background, towards the end of the year, the central banks of a number of major economies began to signal that the end of expansionary monetary policy was under consideration.

As was the case in most other economies, the Maltese economy also began to recover from the effects of the pandemic. In fact, gross domestic product (GDP) rose by 9.4% in 2021, driven by domestic demand, and to a lesser extent, net exports. The GDP level was marginally above that of 2019.

Employment continued to benefit from the ongoing normalisation of economic activity in the context of a tight labour market and from COVID-related support measures, in particular the Wage Supplement Scheme. The unemployment rate fell and stood well below its average since at least 2003 as well as the average rate in the euro area.

The fiscal balance remained strongly in deficit, reflecting the extension of COVID-19 related economic support and health expenditure in this regard. The current account balance also remained in deficit in 2021, reflecting a significant increase in imports which included the aviation sector. Furthermore, tourism-related earnings, while recovering, remained well below pre-pandemic levels.

The annual rate of inflation based on the Harmonised Index of Consumer Prices (HICP) fell marginally to 0.7% in 2021. By the end of 2021, however, inflation had risen to 2.6% as international price pressures affected the Maltese economy. Nonetheless, HICP inflation in Malta remained well below that in the euro area, mainly because domestic energy prices remained cushioned by fiscal support from the surge in international commodity prices. Changes in the weights assigned to HICP sub-indices in light of changes in consumption patterns following the pandemic also contributed to the lower inflation rate relative to the euro area. Inflation based on the Retail Price Index, which is unaffected by the aforementioned changes in weights, rose from 0.6% in 2020, to 1.5% in 2021.

The Central Bank’s latest economic projections show that economic activity levels are expected to continue recovering in 2022. However, as economic activity levels have already returned to those prevailing before the pandemic, growth is expected to moderate to more normal levels. The Central Bank expects that GDP will grow by 6.0% in 2022, 5.3% in 2023 and 3.8% in 2024. Inflationary pressures are expected to remain elevated in 2022 but should begin to dissipate in 2023, as supply bottlenecks are expected to gradually fade. The general government balance is expected to remain in deficit until the end of the projection horizon, although narrowing to 3.3% of GDP by 2024 as COVID-related support measures are phased out. Government debt is set to reach 60.9% of GDP by that year.

Risks to economic activity over the medium term are judged to be balanced, with some downside risks in the short-term, where the pandemic could affect tourism exports more negatively than envisaged in the latest projections. A prolongation of supply bottlenecks would also negatively affect activity. However, the start of the conflict in Ukraine in late February 2022, after the cut-off date of the Central Bank’s latest projections, has heightened uncertainty and represents additional downside risks to economic activity. Furthermore, in the absence of a swift resolution to the conflict, prolonged elevated commodity prices could impact domestic consumption in the medium term, unless mitigated by fiscal support and/or a faster decline in the saving ratio.

With regards to inflation, risks are on the upside during the entire projection horizon. Moreover, prolonged geopolitical tensions in Europe could also lead to higher imported inflation than envisaged in this projection exercise.

Risks to the fiscal projections mainly affect 2022 and are deemed to be deficit-increasing. In particular, these risks relate to the likelihood of additional COVID-related support, the impact of Air Malta’s restructuring on the likelihood of State aid to the airline, and support to cushion the impact of rising commodity prices following the conflict in Ukraine.

The Central Bank’s balance sheet continued to expand, reaching €12,400.1 million at the end of 2021 from €10,035.4 million a year earlier. Operating profit before transfer to provisions decreased to €26.1 million from €42.8 million in 2020. Following the transfer of €3.9 million to provisions, the amount of €22.2 million is payable to the Government of Malta, as against €33.0 million a year earlier.

The Central Bank carried out regular assessments of financial sector conditions, also through stress tests and sensitivity analysis, and through the Bank Lending Survey. The Bank also published a first analysis on the extent of non-bank financial intermediation in Malta and of the domestic financial sector’s expo­sure towards climate-sensitive sectors.

As the pandemic situation in Malta improved, certain macroprudential policy measures that were postponed, in response to the pandemic, were reviewed. Moreover, following a public consultation, the Central Bank published an amended version of Directive No. 16 on borrower-based measures, mainly reflecting revisions to borrower definitions and other refinements. During 2021, the Central Bank worked on a comprehensive dataset to be reported by banks, targeting the whole population of real estate loans.

As in past years, the Central Bank continued to participate in ECB and the European Systemic Risk Board meetings related to the financial sector. Financial stability issues and the general economic situation were regularly discussed with the European Commission, the International Monetary Fund and the rating agencies.

Locally, the Central Bank remained active in the Joint Financial Stability Board as well as the Domestic Standing Committee and its Crisis Management Task Force. Meanwhile, it continued to monitor developments concerning Anti-Money Laundering as the differ­ent stakeholders continued their work in addressing the recommendations made by MONEYVAL and the Financial Action Task Force.

The Central Bank also remained active in the National Productivity Board, the Building Industry Consultative Council and the Housing Authority’s Rental Observatory. Contacts with private and public institutions were maintained and a new quarterly publication summarizing information collected from these discussions – the Business Dialogue – was launched.

The Central Bank again held webinars on economic topics as well as its Annual Research Symposium, which focused on climate change. Work progressed on a new model for the Maltese economy. Staff continued to work with the National Statistics Office on the fourth round of the Household Finance and Consumption Survey.

The Bank continued to compile and disseminate statistics to official institutions and the general public. A number of statutory returns were launched or amended in fulfilment of ECB statistical requirements in the area of payments and banking statistics and additional payment statistics were published on the Bank’s website. In 2021, the Bank launched directive No. 15 on the supervision of credit rating agencies. Meanwhile, the Bank continued to operate its Central Credit Register to provide information on borrowers’ credit risk to eligible institutions and borrowers.

The Bank continued to monitor credit institutions and other professional cash handlers, ensuring that all cash handlers were certified and trained to detect counterfeit euro banknotes and recirculate banknotes. Directive No. 19 was issued with a view to reduce the usage and potential abuse in the use of cheques and bank drafts. Meanwhile, following the ECB’s launch of the investigation phase of a digital euro project, a unit was set-up to build the required expertise for the Bank to be in a position to contribute to such project.

In 2021, the Bank carried out further upgrades to its physical as well as IT infrastructure and began to implement a new Financial Crime Risk Management system.

As part of its efforts to support the transition towards a sustainable global economy, the Bank applied several Sustainable and Responsible Investment practices in its investment decisions. In 2021, it continued to ensure that any external institutions involved in the management of some of its portfolios comply with Environment, Social, and Governance considerations in all their investment decisions. There was also an increase in the share of green, social and sustainable bonds in the Bank’s inter­nally managed portfolios. The Bank also continued to participate in the Network for Greening the Financial System, which brings together several of the global systemically-important banks and insurers. With a view to reduce its ecological footprint, the Bank maintained a number of initiatives that were introduced in recent years.

Looking ahead, the Bank will continue to monitor closely the economy and the financial system and to disseminate its knowledge to the general public. Within its remit, it will also collaborate with other stakeholders to strengthen Malta’s Anti-Money Laundering/Combating the Financing of Terrorism framework. Another area which will merit particular attention during the upcoming year includes the alignment of the Bank’s analytical and operational practices in line with various ECB initiatives that are being planned to bring climate change considerations in the monetary policy framework. At the same time, the Bank will need to comply with standards and guidelines that the ECB may adopt in relation to non-monetary policy portfolios.

MFSA continues to grow in 2021: the new annual report