HomeEconomiaMalta-Italy, a technological partnership for the future of the Euromed area.
EconomiaEconomyEventi

Malta-Italy, a technological partnership for the future of the Euromed area. 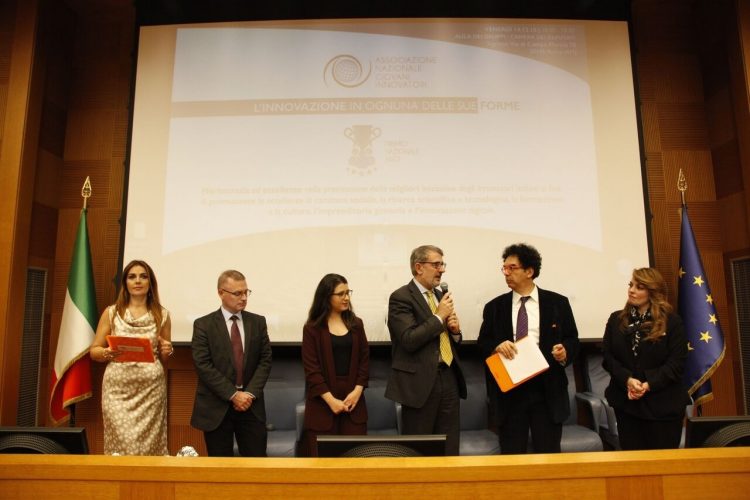 A technological bridge between Malta and Italy to be included in a multi-territorial agreement, to grasp all the opportunities of artificial intelligence and the technological innovations of blockchain.

The proposal was put forward in Rome at the Chamber of Deputies on the occasion of the Angi Youth Innovators Association Prize and which included a special section for the Malta Business Innovation Award.

Steve Tendon of Chainstrategies, Jackie Mallia of Equinox Advisory and Malvina Mulliri of Charles & Associates have been awarded by Sergio Passariello, CEO of Malta Business and applauded during the event which has given recognition to many innovative start-ups. “Malta and Italy together to strengthen and develop the euromed axis with the aim of building a technological bridge between the two countries “- said Sergio Passariello – who is now working on a synergy between Maltese and international institutions, businesses and professionals to the strengthening of blockchain and artificial intelligence to determine new paths of development.

Paola Ghedini, Vice President of ANGI, commented on this important day – The ANGI National Award was created to reward the best innovative start-ups and the most significant professional paths in the innovation scenario and we share this strategic vision with Malta Business. We are enthusiastic to be able to compare ourselves with institutional interlocutors, the business, information and culture world, in order to contribute to a transnational project that can enhance our member companies.

Great enthusiasm among the Maltese companies that have been awarded on the day of the ANGI Award that have so wanted to express their point of view.

After collaborating on the “Blockchain Island” strategy in Malta, it was a great honor to receive this recognition – said Steve Tendon, CEO of Chainstrategies and member of the Malta Government’s Blockchain Task Force. Innovation should not be declined only from a technological point of view, but also from a legislative point of view, and Malta has set the example by creating a single regulatory framework to encourage the development of Blockchain technologies. Our skills – concludes Tendon – are available to Italian companies in the sector to assist them in facing new business paths.

Jackie Mallia, director and chief legal officer of Equinox Advisory and member of the Maltese Government’s Artificial Intelligence Task Force, was among the winners. “It was an extraordinary experience to receive this award, “said Mallia. Malta can represent an interesting destination for Italian entrepreneurs – continues Mallia – not only for the tax system but also and above all because Malta represents an interesting place for technological investments. Among the focuses on which we are working now – says Mallia – is that of Artificial Intelligence, which is another goal of the Maltese ecosystem, where Italian and Maltese entrepreneurs will be able to find symbiotic agreements to work together.

Also Malvina Mulliri – Head of the Fintech and DTL department of Charles Scerri & Associates wanted to express her enthusiasm to participate last Friday at the award ceremony of the Malta Business Innovation Awards. We decided to focus on the blockchain sector – says Mulliri – as we are convinced that in the next 20 years this will be an evolving sector. The Malta-Italy partnership will represent an extra chance for Italian talents, considering that today there is finally a legal certainty combined with an ecosystem undergoing maturation in which to develop and implement their innovative ideas.