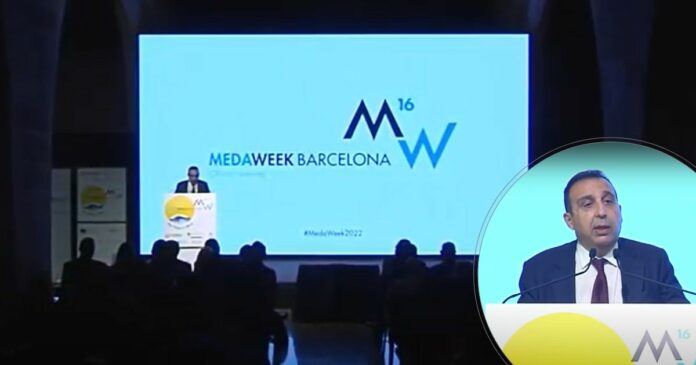 The 16th edition of the Mediterranean Week of Economic Leaders Week (MedaWeek Barcelona) took place on the 16th, 17th and 18th of November 2022 in Barcelona.

The iconic economic event concluded with a declaration signed by the different regional and supranational associations that make up the Association of Mediterranean Chambers of Commerce (ASCAME).

In this declaration, the members of ASCAME expressed their commitment to the new sectors of the global economy, especially to the digital, green and blue economies, as well as to promote a model of chambers of commerce with the abilities to tackle incoming challenges.

The declaration was signed on the occasion of the celebration of the 40th anniversary of ASCAME, which represents nearly 120 million companies from all the countries of the Mediterranean basin.

It is in line with this mission that ASCAME organises the annual MedaWeek Barcelona, also this year supported by Malta Business as media partner, and which brought together 1,520 entrepreneurs from 44 countries in Europe, Africa and the Middle East in Barcelona, also gathering 24,500 online participants who followed its various streaming sessions.

This edition of MedaWeek Barcelona served to concretize the commitment of ASCAME with entrepreneurship, through the creation of the Mediterranean Innovation Hub: a series of special sessions for innovators and business angels, where 30 new start-ups found the funding necessary to move their projects into the next level.

Medaweek 2022: Barcelona to host the new Mediation and Arbitration Center of the Mediterranean

MedaWeek was also the platform to announce the choice of Barcelona as the seat of the new Mediation and Arbitration Center of the Mediterranean, as well as the creation of a Research Center for the Green and Blue Economy, which will be installed in Alexandria.

Moreover, the event gave impetus to a new ASCAME project to create a single tourism promotion brand for the entire Mediterranean basin, through the creation of a Mediterranean Tourism Agency that brings together representatives of the public and private sectors.

The second half of the first day of MedaWeek was devoted to the “Conference on Energy Security in the Mediterranean: New Solutions for Difficult Times”, which addressed some of the deficiencies, challenges and opportunities of the global energy supply – starting from the regional perspective of the Mediterranean – by experts such as the CEO of Crystol Energy, Carole Nakhle, and the professor of energy engineering at the University of Cairo and former president of NREA Egypt, Mohamed el Sobki, who participated telematically.

The objective of this agency should be to create and consolidate a unique brand for the entire Mediterranean.
Read more