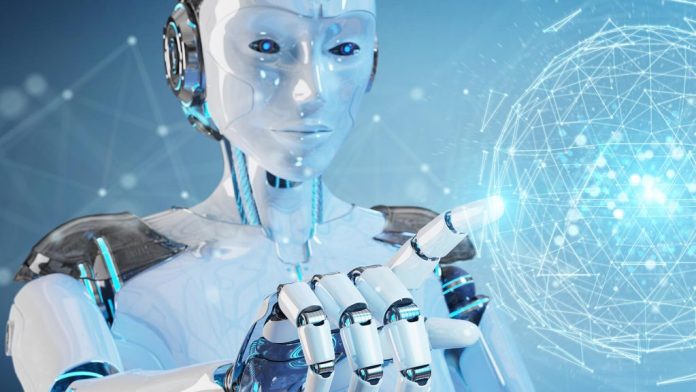 Robotics4EU is the European Commission’s answer to the unprecedented importance of robotics in modern economy. Launched officially in January 2021 under the Horizon 2020 Research and Innovation programme, Robotics4EU aims to take concrete steps to ensure a more widespread adoption of (AI-based) robots in the EU, particularly in the areas of Healthcare, Inspection and Maintenance of Infrastructure, Agri-Food, and Agile Production.

The project’s goal also includes raising awareness about non-technological aspects of robotics, such as ethics, legal, socioeconomic, data, privacy and gender issues. To do so, it will gather a responsible robotics community, with representatives from companies and academia in the areas mentioned above, citizens, policy and decision-makers, and it will organise community-building and co-creation events while advocating for the cause of responsible robotics.

In the first few months of the project, a series of interviews and online surveys were conducted in order to gain insight from stakeholders and members of the robotics community in topics such as the deployment of robotics, current practices, shortcomings and other needs of the community. The issues pointed by the surveyed include labour force concerns, the consequences of robotics on overall human well-being, among others, and are available on the project’s website. This report also includes information regarding good practices from other projects, robotics community readiness and robots’ acceptability, cooperation between policy makers and the robotics community, among others.

During the month of October 2021, Robotics4EU will also promote a GlobalSay – consultation that will engage approximately 700 citizens from 12 countries in deliberations about the societal and ethical impacts of robotics.

A series of workshops starting in November 2021 and lasting until mid-2022 is also in the works. The goal is to broaden and empower the responsible robotics community and encourage the debate around cutting-edge issues and ideas for practical solutions that will support the responsible adoption of (AI-based) robotics.There will be a total of 20 workshops: four online and one presential for each of the projects’ areas (Healthcare, Inspection and Maintenance of Infrastructure, Agri-Food, and Agile Production).

Robotics4EU is a €3 million coordination and support action comprising 7 organisations from 6 European countries with expertise in several technological domains. For more information on the project and future activities, visit Robotics4EU website at https://www.robotics4eu.eu/.

Facebook
Linkedin
Twitter
WhatsApp
Telegram
Previous article
Medaweek: the Forum of the cultural, audiovisual and creative industries
Next article
Lowering VAT for tourism among the new proposals of the Malta Chamber

Mix Up in the Mediterranean: the new Malta-Canada co-production

The maltese Authority of Higher Education is born