HomeEventsIslamic banking, a sustainable option with great potential to be explored in...
Events

Islamic banking, a sustainable option with great potential to be explored in Barcelona 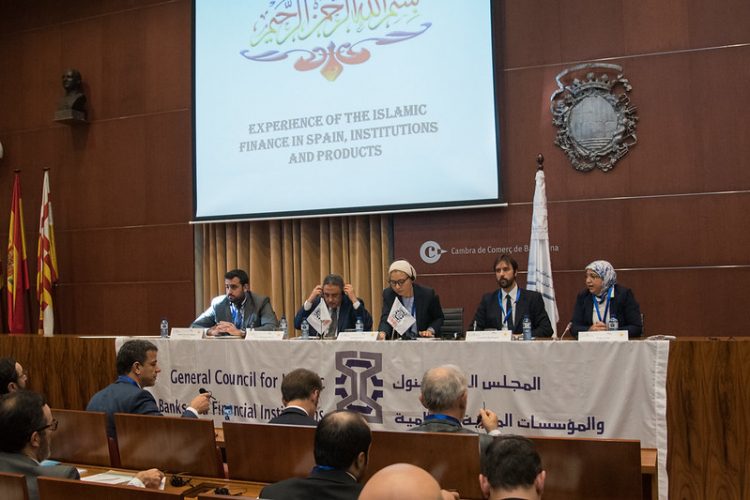 The 5th Islamic Finance Forum will be held on the 21th November during a new edition of MedaWeek Barcelona, the ‘Mediterranean Week of Economic Leaders’, organised by ASCAME (Association of the Mediterranean Chambers of Commerce and Industry) and CIBAFI (General Council for Islamic Banks And Financial Institutions).

In 2017 alone, Muslims spent a total of 2 billion dollars, mostly on food and drinks (1.3 billions), followed by fashion and textiles (243.000 millions) and tourism (160.000 millions). However, it is the financial sector that has established itself as the main pillar of the Islamic economy due to the growth shown in recent years and its future expansion forecasts: it is expected that by 2022 the sector will have 3.5 billion dollars in assets.

Faced with the growing threat of deceleration, and as a prevention against another possible financial crisis, Western economies find in the Islamic financial sector a model to explore with more secure and ethical financial products and instruments than those offered by traditional banking. To present the advantages of a system that allows for sustainable economic development, MedaWeek Barcelona 2019 will open a discussion forum in which international and Spanish financial companies will be able to meet with industry leaders, entrepreneurs and professionals directly involved in this thriving sector.

In recent decades the Islamic financial services industry has shown exponential growth doubling in size every 5 years. A growing trend that has attracted the attention of global actors, both from sectors related to Islamic economy and from those who have never been in contact with it. In this context, the Mediterranean region is seen as a strategically positioned market, full of opportunities and benefits that stem from the responsible and sustainable financial practices entailed by Islamic banking.

Economic prosperity and individual well-being are the objectives (aligned with the United Nations Sustainable Development Goals) pursued by Islamic finance, which is called to play an essential role for economic development, the promotion of entrepreneurship, the achievement of financial stability, the fight against poverty, inequality and social injustice and the promotion of human development in the Mediterranean and throughout the African continent. Islamic banking has innovative financial instruments, which will be tackled in the second session of the Mediterranean Islamic Finance Forum, such as debt issues (Sukuk) or mutual guarantee insurance companies (Takaful).

“For a healthy development of the Islamic economy and its financial sector it will be necessary to integrate its criterias with the internationally agreed norms of the global economy. Islamic economy has a great potential that is worth exploring in this Forum”, says Anwar Zibaoui, General Coordinator of ASCAME. “The Spanish and Catalan financial sectors, as they have already done in other European countries, should devote efforts to attract these types of investment funds that are very necessary today“, he adds.

Here are 20 successful startups from Malta