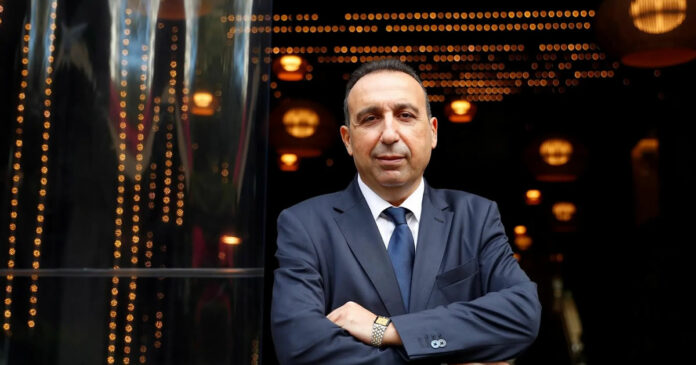 In a recent interview with the information portal Mallorca Diario, Anwar Zibaoui general coordinator of ASCAME the Association of Mediterranean Chambers of Commerce, reiterated the need to establish an over-national Tourism Agency to promote the Mediterranean in the world.

Zibaoui said that “currently the situation is optimal, and this is demonstrated by the fact that the countries bordering the Mediterranean have recovered their role as the epicentre of world tourism after the crisis experienced by the covid pandemic. Figures show that it is the world’s leading tourist area, with nearly 400 million visitors, concentrates 30 per cent of the income generated by this sector globally and concentrates 32 per cent of international arrivals worldwide.”

“These are data,” Zibaoui pointed out, “that we will discuss at the 9th Mediterranean Tourism Forum, which will be held on Nov. 16 as part of MedaWeek, the Mediterranean Week of Economic Leaders.” The conference was organized by the Association of Mediterranean Chambers of Commerce and the Barcelona Chamber of Commerce to promote the economic promotion of this region in the world.

“Effectively,” Zibaoui said, “tourism plays a major role in countries on both sides of the Mediterranean, as it accounts for 13 per cent of their exports, 23 per cent of service sector activity in the area and employs more than 20 million people. In addition, the region concentrates 20 per cent of the world’s hotel accommodation capacity. However, measures must be taken to avoid losing this leadership.”

“The present and future challenges for the Mediterranean go through becoming a sustainable tourism destination and impose a shared responsibility based on the three pillars of sustainability: economic, environmental and social. The tourism of the future incorporates balanced and focused development objectives.”

“In any case,” Zibaoui continued, “the region’s tourism sector has shown a great capacity to adapt to change and continue to grow, despite the many economic and geopolitical challenges that currently exist.”

Zibaoui also specified that “during the forum, the need for Mediterranean countries to join forces to compete with other regions in a global market, as well as to promote a sustainable tourism model to generate new business opportunities and ensure future growth will be discussed. This is crucial if the Mediterranean is to improve its ability to continue attracting tourists and consolidate its leading position worldwide. The Mediterranean tourism industry currently lacks a formal body capable of bringing together all its voices and representing and coordinating their common interests.”

A Regional Tourism Agency is needed to enhance the Mediterranean

“For these reasons – Zibaoui concluded – it is necessary to enhance the sector through the creation of a regional tourism agency, created through public-private cooperation and with the participation of all the agents in the sector to facilitate the promotion of a more competitive tourism model.”

The objective of this agency should be to create and consolidate a single brand for the entire Mediterranean to strengthen joint promotion systems and tools in a similar way to what other regions, such as the Caribbean, are already doing.

Anwar Zibaoui is the general coordinator of the Association of Mediterranean Chambers of Commerce (ASCAME), a body that brings together 300 chambers of commerce representing almost 125 million companies from 23 countries. ASCAME will celebrate next week the 16th edition of MedaWeek, a forum organised together with the Barcelona Chamber of Commerce that brings together 1,200 businesspeople from 35 European, African and Middle Eastern countries with the media partner Malta Business.

Malta AI & Blockchain Summit 2019. Join us for a brokerage event

Investing in Skills 2.0: the new scheme