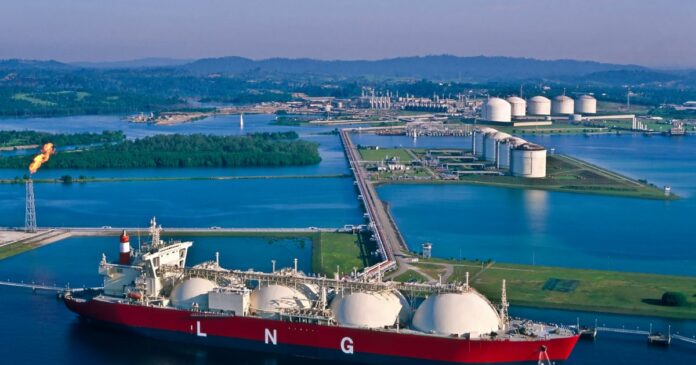 Malta is exploring the possibility of importing liquefied natural gas from Algeria and collaborating on renewable energy following talks between senior government officials in Algiers and energy was one of the topics discussed between Christopher Cutajar, permanent secretary of Malta’s foreign ministry, and his counterpart Abdelkrim Aouissi during a recent visit to Algeria.

Algeria has become a country of interest for the EU as the bloc seeks to diversify its gas imports after the war in Ukraine. Algeria is Africa’s largest gas producer and accounted for 10 per cent of Europe’s gas imports before the war in Ukraine, when it was the third largest supplier after Russia and Norway. It exports gas via pipelines to Spain and Italy and via tankers from two LNG terminals.

Maltese and Algerian officials discussed bilateral energy cooperation with a focus on LNG and renewable energy. Cutajar was accompanied for this meeting by Abigail Cutajar, advisor to the Ministry of Energy. Cutajar also held talks with other senior Algerian government officials during which ways to improve trade relations between the two countries were explored.

Importing LNG from Algeria could be an important source of energy for Malta, which is seeking to diversify its energy sources and reduce its dependence on fossil fuels. LNG is a form of natural gas that has been cooled to liquid, which makes it easier and safer to transport and store.

Furthermore, during Permanent Secretary Cutajar’s visit, the parties discussed regional and international issues of mutual interest, with both sides reaffirming their common commitment to a stable and secure Mediterranean region.

Historical relations between Malta and Algeria

Belani and Cutajar expressed their “satisfaction with the quality of bilateral relations and reaffirmed Algeria and Malta’s joint commitment to strengthening their economic and trade partnership”.

To this end, the two representatives agreed to convene the sixth session of the Algerian-Maltese Joint Commission in 2023, “to deepen sectoral cooperation and exchanges between the two countries’ economic actors and take full advantage of the benefits granted by the new regulatory framework for investment in Algeria”.

According to the official document released at the end of the meeting, ‘on the agenda of the discussions between the two leaders were also international and regional political issues of common interest, including the issue of Western Sahara, the situation in Libya, the Sahel, the Middle East and the occupied Palestinian territories.

In this regard, it was agreed to ‘strengthen the dialogue between Algeria and Malta to support the efforts of the international community in the search for a peaceful solution to these conflicts, following UN resolutions’.

Algeria and Malta have a long history of trade and diplomatic relations, and the expansion of cooperation in the energy field could be an important step to further strengthen these ties. The possibility of importing LNG from Algeria could also represent an opportunity for Malta to become a hub for LNG transport and distribution in the Mediterranean area.

Furthermore, cooperation in the development of renewable energy sources could help both countries meet their carbon reduction targets and contribute to the fight against climate change.

During his visit, Cutajar was accompanied by Malta’s Ambassador to Algeria Philo Meli and other members of the diplomatic corps.

Between optimism and caution, the inflation recorded in 2022 in Malta confirms the positive outlook for 2023.
Read more
Economy

Wizz Air set to launch a new airline in Malta