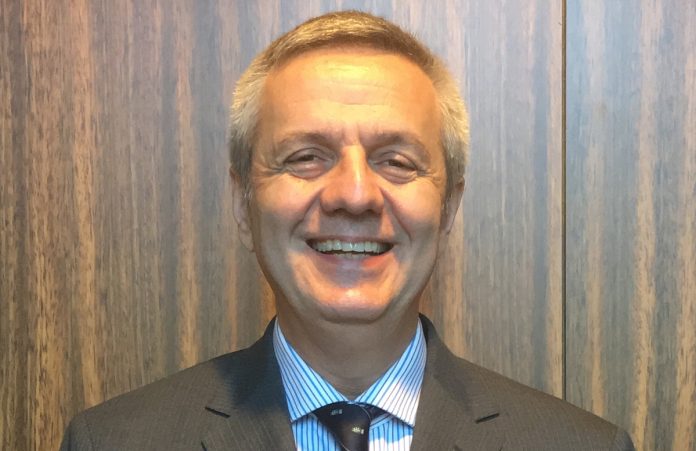 He has been working at the European Commission for more than 20 years, where he has served in various directorates-general, including industrial policy, research and innovation, and international cooperation. Massimiliano Dragoni is currently the head of the Startup Europe initiative and coordinates its implementation. But he is also the economist of the team on “Blockchain” set up in Brussels in 2018 and coordinates measures in favour of SMEs and startups operating in strategic and highly innovative digital sectors, including AI, IoT, Blockchain and Cybersecurity.

Dr Dragoni, let’s take stock after the recent Blockchain Forum Italia. How has the sector found itself at the end of a completely abnormal year and what are the future prospects?

“From what I could see, the sector is still very active, resilient and dynamic. It is clear that 2020 was a difficult year for everyone, which slowed down economic and social activities. From 2021 the outlook, barring any new unforeseen events, is positive as Blockchain is gaining more and more ground in Italy, Europe and the world, for a whole range of supply chain related activities such as notarisation, digital identity recognition, education and so on.”

In the panel you took part in, bitcoin was discussed in relation to stable coin and CBDC. What is the difference between these currencies? Which one do you expect to prevail over the others? Why do you talk about a utopian scenario in relation to them?

“Bitcoin is based on the transfer of currency between public accounts using public key cryptography. All transactions are public and stored in a distributed database that is used to confirm them and prevent the possibility of spending the same currency twice. Bitcoins are extremely volatile. Stablecoins, are cryptocurrencies that unlike bitcoin, have a stable price because they are tied to a stable medium of exchange (a fiat currency, e.g. Libra with the US dollar). Stabilecoins (uncollateralised) could create money flows independent of the controlling action of central banks and, ultimately, governments themselves. Finally, the CBDC is a central bank currency in digital format, hence de-materialised, different from bank reserve balances. It is denominated in the national unit of account, and is a direct debt of the central bank to its owner. From this point of view a CBDC, unlike a Bitcoin or a Stablecoin, having a central bank behind it, is bound to have a natural audience of users. To exemplify, everybody knows what a Euro is without much explanation. Only a niche knows Bitcoin or Libra.

I can’t tell which will assert itself over the other, they will probably coexist for a time. We are still at a preliminary stage, and the European Central Bank itself has taken time until mid-2021 to give its opinion on whether, how and when to introduce a European digital currency.

This is a utopian scenario because it is still difficult to imagine a future that is almost cashless, with full recourse to digital currency. But when you embark on a path, the closer you get to the goal, the more the utopian scenario tends to fade and turn into a realistic one.”

So talking about utopia means that there is still a long way to go?

“We need about a few years in my opinion. I think that in a few years’ time, the possibilities of introducing a digital currency will become much clearer, as well as the ways in which it can have an impact on the economy.

Are our businesses, and in particular SMEs, sufficiently aware of blockchain and the opportunities they can take from it?

“From what I can see from Brussels, I would say that SMEs, especially very small ones and in traditional sectors, are not yet aware of what Blockchain is and the benefits it can bring both in economic terms and in terms of running their business. On the other hand, large corporations, and the financial and insurance sectors, as well as the transport sector (particularly supply chain and distribution), are studying and implementing ‘user cases’, pilot projects, to validate the use of the Blokchain in conjunction with other technologies such as the Internet of Things (IoT) to make both data transmission and the transport of goods more reliable.”

Since you mentioned the European Commission, how is the work on Blockchain progressing there?

“It is progressing very well. We are working together with all the Member States on the introduction of a European structure managed in a distributed form, which is called the European Blockchain Service Infrastructure. (EBSI). The EBSI is a joint initiative of the European Commission and the European Blockchain Partnership (EBP) that aims to provide cross-border public services at European level using the innovative features of blockchain technology. The infrastructure brought forward by the 27 EU countries supports many applications in notarization, title management, “Self Sovereign Identity” (creating and controlling one’s own identity in a more flexible, autonomous and interoperable way) and reliable data sharing. The possibility of using a European-wide infrastructure with well-defined standards is accelerating the spread of Blockchain and Distributed Ledger technologies, fostering the emergence of further use cases that can be implemented.”

How do you assess the Malta system and its legislation?

“Malta has already put in place for a couple of years a legislative framework for Blockchain that is clear enough to attract projects and companies in the fintech and supply chain sectors that can develop applications and platforms that can have both national value for Malta and international value for the rest of Europe, and beyond. Even with the European Commission, Malta is confirmed to be very purposeful and proactive.”

What news do you expect by the end of next year, barring extraordinary events such as those that happened in 2020?

“I can imagine that by the end of 2021 both the Blockchain technology and its convergence with other driving technologies such as AI, Cybersecurity and IoT will be more developed and implemented in a real environment.”

Malta is the first EU Member State to join the EUIPO and go live with the IP Register in Blockchain launched by the Office this past April.
Read more
Blockchain

Dana Farrugia: “Malta is ready for a future based on the Tech sector”