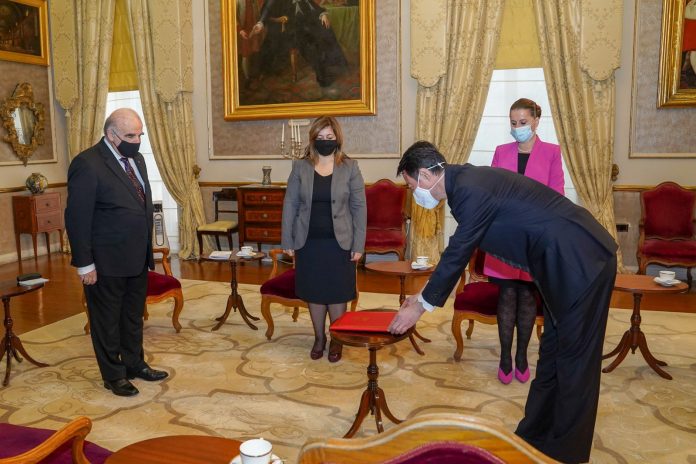 Malta aims to enhance high-level exchanges and cooperation with China by strengthening coordination in international fora to further cement and promote friendship between the two countries and peoples. This was reiterated by the President of the Republic, George Vella, in receiving the credentials from the new Chinese Ambassador to Malta, Yu Dunhai, in a ceremony held recently in the Presidential Palace in Valletta.

Vella and Dunhai spoke at length about the excellent relations existing between Malta and China, as demonstrated by the cooperation put in place also during the fight against the Covid-19 emergency. Since the outbreak of the pandemic emergency, the two countries have remained united and have shown determination in overcoming a series of challenges side by side. In particular, China has provided Malta with substantial supplies of personal protective equipment.

The Chinese ambassador then recalled that in 2018, the two governments signed a memorandum of understanding for the joint construction of the Belt and Road, charting a new project of all-round bilateral cooperation to address the great challenges of the new millennium.

The gaze then passed from the past to the near future, which awaits the two countries, as early as 2022, to celebrate the 50th anniversary of the establishment of bilateral diplomatic relations. The two countries, after this delivery of credentials, agree on the need to plan in advance the related commemorations. In particular, Beijing expressed its readiness to work with its Maltese counterpart to consolidate and deepen mutual political trust and expand concrete cooperation on the basis of the principles of mutual respect, equality and mutual benefits, so as to inaugurate the 50th anniversary of the establishment of diplomatic ties with even more fruitful results.