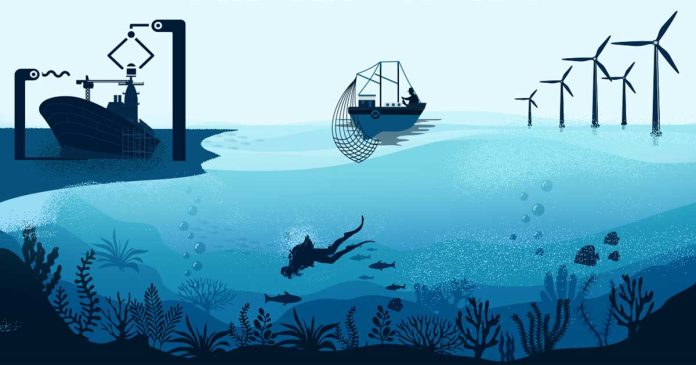 ASCAME celebrates the prominent addition of the WestMED Initiative to the ASCAME network. To close 2021 on a high note, ASCAME and WestMED have signed a Memorandum of Understanding with the aim of setting up a collaboration framework to promote blue economy, a safer maritime space and improve the maritime governance in the Mediterranean. The agreement was formalised in the WestMED’s Steering Committee in Rome.

The WestMED Initiative follows up on the Euro-Mediterranean Ministerial Declaration on the Blue Economy, endorsed by the Union for Mediterranean (UfM) in 2015 and further promoted by Foreign Affairs Ministers from Algeria, France, Italy, Libya, Malta, Mauritania, Morocco, Portugal, Spain and Tunisia, alongside the UfM Secretariat, in 2016. The WestMED Initiative has been therefore created to help public institutions, academia, local communities, small and medium-sized enterprises and entrepreneurs from both sides of the western Mediterranean develop local and regional maritime projects to strenghten the Blue Economy, inviting the participating countries to explore the added value and feasibility of appropriate maritime strategies at sub-regional level, and build on the experience of the 5+5 Dialogue.

This MoU between ASCAME and WestMED presents a program of actions which will develop a strong insitutional relationship to establish a durable mechanism of dialogue and cooperation, and that will include all sorts of initiatives to work for the development of the Mediterranean region through the important role played by the European, African and Mediterranean private sectors.

Therefore, this MoU is a remarkable addition to ASCAME’s network of organisations working together for the promotion of Mediterranean interests and it fits with ASCAME’s everyday work to bring long-term and sustainable growth to the Mediterranean region.

Facebook
Linkedin
Twitter
WhatsApp
Telegram
Previous article
Use of cheques and banking transactions in Malta: the new directive
Next article
Malta Business among the exhibitors of the EU-Africa Business Forum 2022

Export: the main reasons to do it (from Malta)

Tech.mt among the official partners of the CETA Business Forum