Edward Chetcuti appointed as new CEO of The Malta Chamber 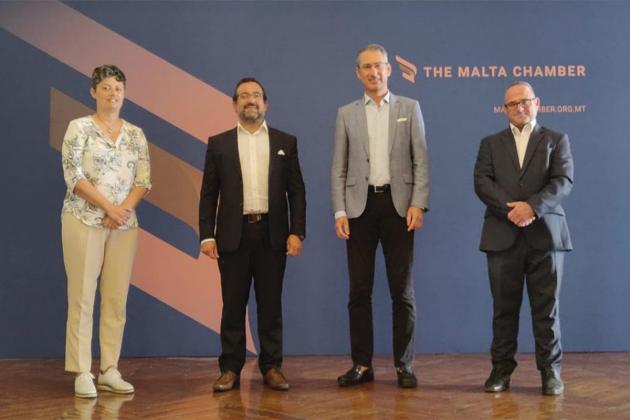 The Chamber of Commerce and Industry of Malta has appointed Edward Chetcuti as its new CEO.

The President of The Malta Chamber Perit David Xuereb said: “I am very proud of our accomplishments so far and following on from decisions taken during The Malta Chamber’s last Extraordinary General Meeting we see the appointment of a CEO as the next step for The Malta Chamber to continue to meet and exceed the increasing expectations of our members and the business community“.

The appointment is also welcomed with satisfaction by the CEO of Malta Business, Sergio Passariello, who a few weeks after joining the Chamber of Commerce wishes Chetcuti good work, stressing the importance of continuous evolution to optimize the services and responses to be provided to Maltese companies.

Edward Chetcuti said “The Malta Chamber of Commerce is one of the longest established social partners serving the business community since 1848. Being appointed as Chief Executive Officer for The Malta Chamber is an incredible honour. This is a credible, professional and non-partisan institution and our work needs to be at the highest level to reflect that”. “Our mission is to provide value added benefit to our members as well as be a strong voice on behalf of our business community. We have an amazing pool of qualified and talented employees at the Malta Chamber and hundreds of years of combined business experience within the Council. It is my aim to bring a balance of cultural and operational transformation within The Malta Chamber as we seek to move from being Good to being Great and continue setting the benchmark in Excellence for the benefit of our members and the business community both locally and internationally. I am truly humbled to become part of this exciting journey”.

The Malta Chamber Director General Kevin J. Borg said, “I look forward to working with Edward in order to continue building on the success already achieved at The Chamber to date, by maximising our different but complimentary skills in order to deliver higher levels of excellence for the benefit of The Chamber, our members and our employees“.

Edward has been previously employed with De La Rue since 2012 being appointed as the first ever Maltese General Manager for De La Rue Malta until he was promoted to International Director of Operations overseeing the global business operation across Europe, Africa & Asia. Edward is also involved in the community having served as Chairman of the Bulebel Tenants Association for four years and having supported several organisations locally through his practice in Lean Leadership. Having earned a Bachelor’s Degree in Engineering and a Master’s Degree in Business Management from the University of Malta, Edward has lived and worked across four continents and has gained over 20years of Leadership experience in industry internationally becoming a thought leader on driving Excellence and High Performance in organisations.

Malta to have EU’s fastest-growing EU economy in 2022

The European Commission expects Malta to have the fastest growing economy among EU member states next year. According to the Autumn Economic Forecast issued last...
Read more
Economy

Robotics4EU is the European Commission’s answer to the unprecedented importance of robotics in modern economy. Launched officially in January 2021 under the Horizon 2020...
Read more