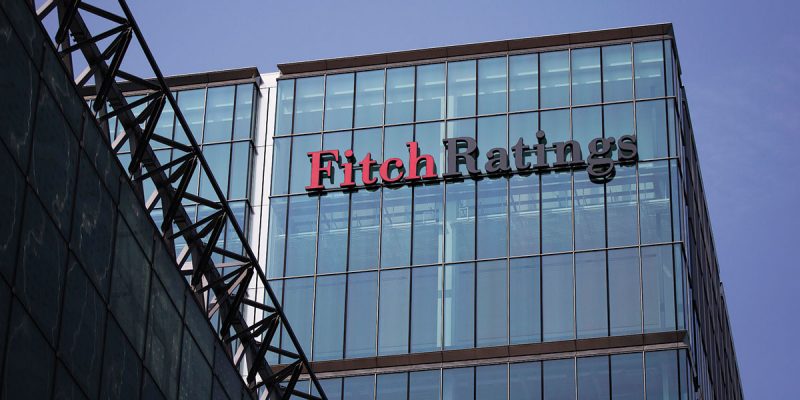 Fitch Ratings has affirmed Malta’s Long-Term Foreign-Currency Issuer Default Rating (IDR) at ‘A+’ with a Stable Outlook. Malta’s rating is supported by high per capita income levels, a large net external creditor position and EU and eurozone memberships. These strengths are balanced against its large banking sector and the small and highly open nature of its economy, which makes it vulnerable to external developments. The Stable Outlook balances Fitch’s expectation that GDP growth will recover and the budget deficit narrow in 2021 and 2022, against continued downside risk from the path of the coronavirus and its effect on the tourism sector and public finances, as well as adverse developments in governance.

Fitch has revised down its GDP growth forecast to -7.7% in 2020 (from -6.9% previously) in anticipation of a further fall in domestic and external economic activity in 4Q20 and worse-than-expected tourist season this summer. As a result of travel restrictions imposed between Malta and major European countries, the number of nights spent at tourist accommodation fell by 68% year-on-year between January and September this year, which was the second-largest decline among the EU counties. This has outweighed the exceptional performance of the information and communication technology (ICT) sector, which grew by 3.7% in 2Q20 and 9.9% in 3Q20 year-on-year.

Fitch expects a stronger recovery, with GDP growth at 5.4% in 2021 and 3.9% in 2022 (previously 4.1% and 3.6%, respectively), driven by strengthening consumption, return of foreign tourists and several large-scale investment projects that have been delayed from 2020. The limited rise in the unemployment rate and only moderate repatriation of foreign workers will also support the recovery, with the former edging up to only 3.9% in October from 3.7% in January. The wage subsidy scheme, which has been extended until end-March 2021, will continue to support employment.

The economy is supported by a sizable fiscal stimulus equal to around EUR1 billion or 8% of 2020 GDP (around three-quarters of the spending is earmarked for 2020 and one-quarters for 2021). We expect the direct support measures together with the operation of automatic stabilisers to widen the general government fiscal deficit to 9.6% of GDP in 2020 from a surplus of 0.5% in 2019. We project the fiscal deficit to gradually narrow in 2021 and 2022, to 6.1% of GDP and 3.4% of GDP, respectively.

A large share of the additional spending has been allocated to the wage subsidy scheme, which represents a risk to our forecasts in the context of the resurgence of the coronavirus infections. Other measures include a voucher scheme to boost the consumption and an increase in financing for hospitals. Capital spending amounting to 5% of GDP and tax deferrals worth 1.5% of GDP will also support the economy. In addition, the government allocated EUR350 million (2.8% of GDP) in guarantees through the Malta Development Bank, which could be leveraged to a total portfolio of loans under guarantees of EUR780 million (6.3% of GDP).

Fitch forecasts gross general government debt (GGGD) to rise to 56.4% of GDP at end-2020 from 42.4% at end-2019, before peaking at 60.9% in 2022. This is broadly in line with the forecast ‘A’ median of 58.7% of GDP. In our projections, we assume crystallisation of around EUR31 million (0.2% of GDP) in contingent liabilities from the government’s loan guarantee scheme (20% of the amount disbursed so far) and recapitalisation of Air Malta at around EUR200 million (1.6% of GDP), both split between 2020 and 2022. The infringement procedure recently launched by the European Commission into Malta’s Individual Investor Programme (IIP) represents a downside risk to the consolidation path of the debt burden as the government expects around EUR100 million (0.8% of GDP) per year in revenue from the programme.

Malta’s government debt structure is favourable, with domestic investors holding around 85% of the total. The average maturity of debt is 8.8 years as of end-2019 and the cost of debt service is projected at 3% of revenue on average between 2020-2022, significantly lower than the ‘A’ median of 5% of revenue.

Malta has one of the largest positive net international investment positions in the EU at 54.3% at end-2019 (‘A’ median at 4.3% of GDP) and a track record of sizable current account surpluses. Despite the sharp decline in tourist receipts this year, we expect its current account to remain in surplus due to import compression, at 2.4% of GDP in 2020 compared to 5% of GDP on average between 2017-2019. At the same time, we note that Malta’s external position is strongly influenced by a large number of special purpose entities (SPEs) and multinationals in the financial and insurance activities, which introduces some uncertainty around the measurement of primary income flows, and thus of the current account balance.

The Maltese banking sector is well-positioned to absorb higher loan losses caused by the pandemic. Capital ratios remain adequate, with the core domestic banks’ common equity Tier 1 ratio at 17.4% as of 2Q2020, and the liquidity is ample (LCR ratio at 330% as of 2Q20). Despite a small uptick, the non-performing loan (NPL) ratio is moderate at 3.5% as of 2Q2020, up from 3.2% as of end-2019. We expect an increase in NPL ratio following the expiry of debt moratoria (15.6% of the resident loan book as of end-September) and the wage subsidy scheme as of the end of 1Q21. However, we expect the increase in NPLs to be manageable, given the relatively healthy position of banks at the onset of the pandemic. Banks continue to experience profitability pressures due to the disrupted flow of interests related to debt moratoria and low interest rates (return on assets was 0.2% in 2Q20).

Fitch believes that the risks related to the real estate sector are limited, as the price levels are in line with fundamental factors and household debt is low (49.4% of GDP as of end-2019). The residential property market remained relatively stable throughout the lockdown months, with the prices recovering to their 2019 levels by 2Q20. Rents have recorded a steep fall in 2Q20, by 11% year-on-year, which is explained by a substantial increase in supply as the Airbnb owners opt for more secure long-term rentals given the collapse in tourist arrivals.

Malta’s efforts to upgrade its AML/CFT framework will be assessed by the Council of Europe’s anti-money laundering body (Moneyval) next year, following the submission of a progress report on Moneyval’s recommendations by the government this October.

To develop your business project in Malta contact the staff of Malta Business Agengy by filling this form: