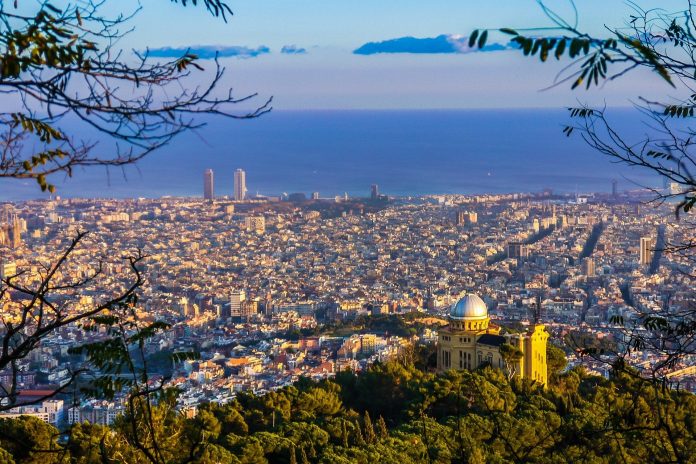 MedaWeek Barcelona 2020, the reference event to promote Mediterranean economies, business cooperation and the Mediterranean region around the world, which is jointly organised by the Association of the Mediterranean Chambers of Commerce and Industry (ASCAME) and the Barcelona Chamber of Commerce, with the collaboration of leading Euro-Mediterranean organisations and the partnership of Malta Business, Imprese del Sud and Euromed International Trade, has concluded its 14th edition this year with a resounding, message such as the need to integrate the strategic axis Europe, the Mediterranean and Africa to cope with the consequences of the COVID-19 pandemic and the current competition with other economic areas, mainly in Asia and America.

“In the same week that China announced the creation of the Regional Comprehensive Economic Association (RCEP), an Asia-Pacific economic integration zone that covers a third of the world’s population and economic production, the Mediterranean and Europe should accelerate its integration and the creation of alliances to create synergies between this future zone and the continental free trade zone of Africa. It is an imperative cohesion to recover the economy, but above all, to survive in the present and in the future”, says Anwar Zibaoui, General Coordinator of ASCAME (Association of the Mediterranean Chambers of Commerce and Industry).

MedaWeek Barcelona has highlighted the urgency of laying the foundations for a new economic development model based on promoting and enhancing innovation and digitisation, the green and blue economies, the participation of women and young people in the regional economy, the importance of tourism, the textile sector and agriculture, among other initiatives, without forgetting the relevance of establishing alliances that really help to rebuild and reposition the Mediterranean, just when the 25th anniversary of the Barcelona Process is held.

Coinciding with the 25th Anniversary of the Barcelona Process, a 1995 project for cooperation between the countries of the Mediterranean basin, and within the framework of MedaWeek, a new Declaration has been presented with 25 measures for the reactivation of Mediterranean economies, which seeks a shared prosperity and the achievement of the goals set in the Declaration of 1995.

The 14th edition of MedaWeek Barcelona has been a success in its first year of virtual broadcasting, a format that the organisers intend to maintain for the next edition as a complement to the traditional face-to-face events at the Casa Llotja de Mar in Barcelona.

Ahmed M. El Wakil, President of the Association of Mediterranean Chambers of Commerce and Industry, wanted to highlight at the opening of this economic summit the potential of the region: “In the context we live in, we see opportunities to become a free and resourceful market for more than 1 billion consumers. From ASCAME, the voice of the private sector, with an active role and with the help of the Barcelona Chamber of Commerce, we support the Chambers of Commerce and the business community to achieve a greater commercial volume and investment. We promote and bet on our Mediterranean”.

“The Mediterranean is going through difficult times due to the pandemic”, stated Reyes Maroto Illera, Minister of Industry, Trade and Tourism of the Government of Spain, during her speech at the opening of MedaWeek Barcelona, ​​to which she added: “Spain becomes the bridge between Europe and the Mediterranean. 25 years ago we opened the Barcelona Process and now we have the opportunity to update it on our agenda”.

In this regard, and also in the official opening, Pere Aragonès, Vice President of the Government to replace the President of the Generalitat de Catalunya and Minister of Economy and Finance, has called for cooperation: “We have shared challenges in the Mediterranean region, giving a lot of importance to the public investment necessary to face the economic crisis. Expansion policies, which reinforce cooperation and implement a real innovation plan, also in health, biomedical research, the increase in digitisation, and the climate transition, are key elements in the context of COVID-19. Now is the time to work for the common space called the Mediterranean with cooperation between the EU and African countries to increase our financial fund, in addition to building synergies to overcome the human and economic crisis caused by the COVID-19 pandemic. We need a collective reaction and this refers to the entire Mediterranean. Let’s work in a collaborative attitude”.

For the first time, the ‘Mediterranean Week of Economic Leaders’ has organised the Mediterranean Healthcare Forum, which featured the online intervention of Salvador Illa Roca, Minister of Health, who also emphasised the importance of cooperation in relation to the pandemic: “We are in a period of solidarity, innovation, research, international cooperation and great learning. One of the most fertile periods in post-pandemic research in decades should not be missed. “

The celebration of the 14th Edition of MedaWeek Barcelona has coincided with the 25th Anniversary of the Barcelona Process, and ASCAME with the support of Mediterranean, European and Arab organizations from the private sector has presented a new Declaration that seeks to reposition the Mediterranean as a key actor for the recovery in the post-COVID-19 era. In this sense, Joan Canadell, President of the Barcelona Chamber of Commerce, highlighted that “Barcelona has always been at the forefront when it comes to launching economic, political and cultural initiatives that serve to build bridges and opportunities.

AIBC Summit and SiGMA 2020: we are partner