HomeEconomySports in the Mediterranean. Business could reach 2 percent of its GDP
EconomyGenerale 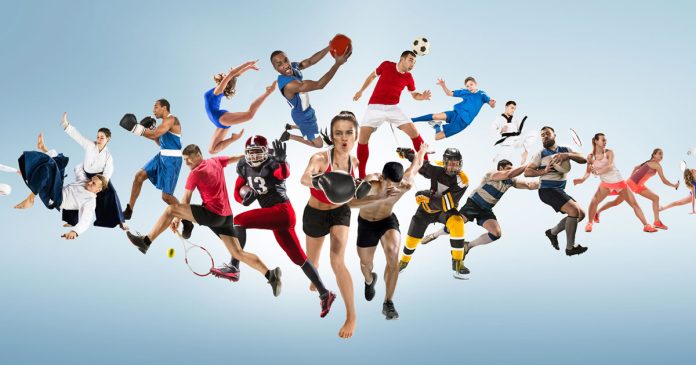 The sport industry is emerging as one of the most potential sources of the economy of the countries on the shores of the Mediterranean.

Currently the weight of the sports sector in this countries is only 0,5% of their GDP, while the world average reaches 2%, according to data from de 2nd Mediterranean Conference of the Sports Industry, that will be held next 17th November in the framework of MedaWeek, the Mediterranean Week of Economic Leaders, a conference organized by the Association of Mediterranean Chambers of Commerce and Industry (ASCAME), with the aim of promoting the economic promotion of this region worldwide.

The General Coordinator of ASCAME, Anwar Zibaoui, considers the growth of the economy linked to the sports industry to be feasible from the 0,5% to 2% in the Mediterranean zone, specially in the southern shore, “for two reasons, the first one is age of the population in an area where a third of its inhabitants are between 15 and 34 years old, on the other hand, the emancipation of women and their progressive incorporation into the world of sport”. In this sense, Zibaoui considers that could be positive for the economic development of the countries of the region “to mobilize public policies aimed at promoting sport as an economic that generates employment and enhances local industries, which are a window of opportunity for the youth, as well as supporting the practice of women’s sports”.

For Zibaoui “fully exploiting the potential of the sports economy in the countries bordering the Mediterranean, with the subsequent creation of jobs, involves making investments in infrastructures. At the end of the day, we are talking about creating the necessary conditions to create business opportunities that have the capacity to have a positive impact on the business sphere, but also on the humanitarian and associative spheres, as has been demonstrated by some initiatives carried out by ex-athletes”.

The Mediterranean Week of Economic Leaders (MedaWeek Barcelona) is the main conference dedicated to promoting the economy of the Mediterranean region throughout the world.

This event supports the key economic sectors and the new economy with a commitment to the Digital, Green and Blue economy and highlights the values ​​of the Mediterranean as a bridge between three continents: Africa, Asia and Europe through a wide variety of forums. Since its inception in 2006, MedaWeek Barcelona has been organized by the Association of Mediterranean Chambers of Commerce and Industry (ASCAME) and the Barcelona Chamber of Commerce, Industry and Navigation, with the collaboration of more than 35 leading Mediterranean, European and international organizations

The 16th edition of the Mediterranean Week of Economic Leaders Week (MedaWeek Barcelona) took place on the 16th, 17th and 18th of November 2022...
Read more

Emirates to resume flights from Dubai to Malta