Vanessa Frazier is the new Permanent Representative to the United Nations 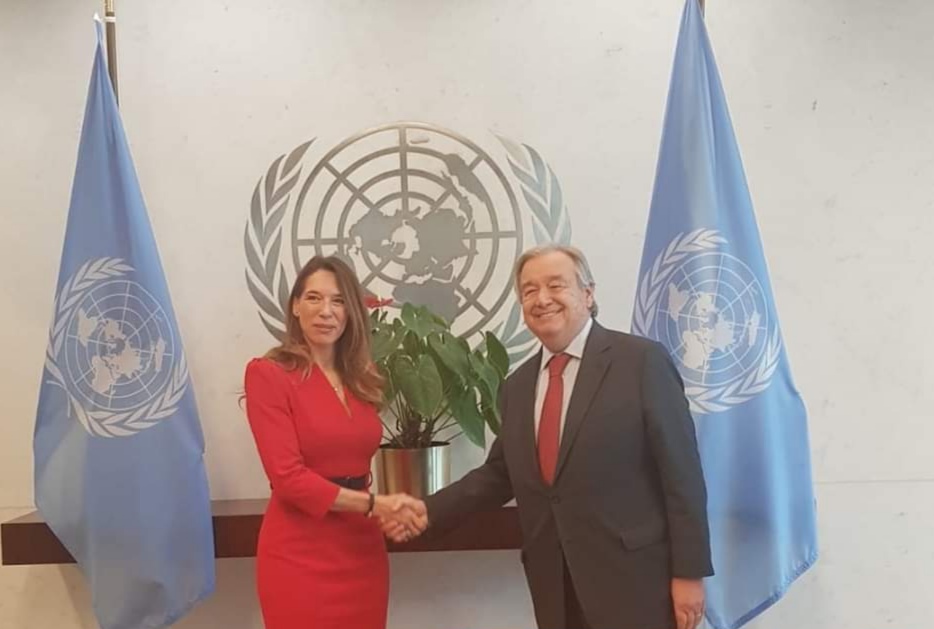 The Government of Malta has appointed Ambassador Vanessa Frazier as the first woman Permanent Representative to the United Nations. During her tenure in New York Ambassador Frazier will be tasked to lead Malta’s bid for election in the UN Security Council. Should the bid be successful, she would sit on the Security Council representing the WEOG (Western European and Others Group) for the period 2023-24. Ms Frazier will take up the gavel as Vice President of the General Assembly, a post to which Malta was elected last October.

Minister for Foreign Affairs and Trade Promotion Carmelo Abela congratulated Ms Frazier for her new role and underlined Malta’s believe in pushing forward women empowerment. Minister Abela remarked that Malta will be launching its bid for a seat in the United Nations Security Council 2023-2024 in June 2020.

On Monday 6th January 2020, Ambassador Vanessa Frazier, the new Permanent Representative of Malta to the United Nations, presented her credentials to UN Secretary-General António Guterres, who appreciated Malta’s commitment to gender parity. During her tête-à-tête with Secretary-General Guterres, the two discussed recent developments in Libya where Ambassador Frazier expressed the concern of the Government of Malta for the escalation of violence in Libya, and reiterated Malta’s position that no military solution can be found to Libya, only a diplomatic one. She emphasised Malta’s continued support to the UN-led process. The Secretary-General thanked Ambassador Frazier for Malta’s constant support of the UN in general and of the Libya process as well as Malta’s active participation in all UN bodies. He stated that Malta has a strong reputation within the UN system and small nations have a loud voice in multilateral fora.

Ambassador Frazier joined Malta’s diplomatic service as a student diplomat in 1992, being confirmed First Secretary in 1994. Since then she has risen through the ranks with postings in Washington, Rome, London, Brussels, and Rome again as well as a six-year stint as Director for Defence Policy and Acting Permanent Secretary of the Ministry for Foreign Affairs. Ambassador Frazier has received many accolades and awards for her career, notably her role in Malta’s humanitarian response to the Libyan revolution in 2011. She was selected as ‘Woman Inspiring Europe’ by the European Institute for Gender and has received decorations from the Republics of France, Italy, and Brazil as well as a Doctorate Honoris Causa from her Alma Mater, Luther College, USA, in recognition of her career achievements. Ms Frazier’s most recent ambassadorial appointments were in Belgium where she was also concurrently accredited to Luxembourg and NATO and in Italy, with concurrent accreditation to San Marino and to the Rome-based United Nations agencies. Ms Frazier holds a master’s degree in Diplomatic Studies from the University of Malta as well as a bachelor’s degree in Business Management and French from Luther College in the United States. She was a member of Malta’s national and Olympic judo team. She is married and has two children.

FIAU published its Annual Report for 2020

MBB and IFSP agree to cooperate on EU issues