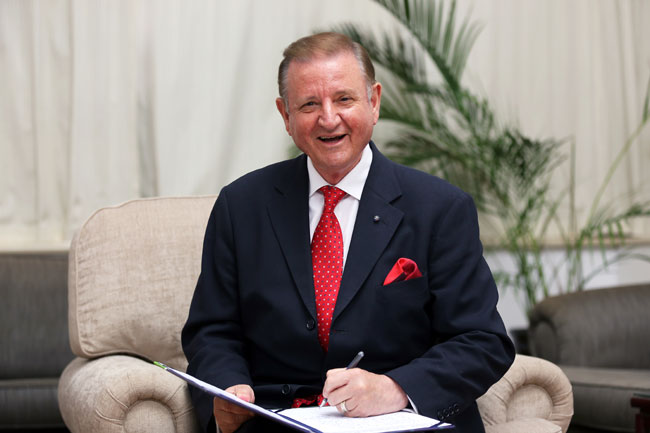 Maltese Ambassador to China John Aquilina expressed confidence in Malta’s potential to attract foreign investors and welcomed Chinese investment at the 12th China Overseas Investment Fair in Beijing. According to the ambassador, Malta has considerable infrastructure needs which could mean significant opportunities for Chinese investment. “We are, for example, considering building a major underwater tunnel connecting the island of Malta and the smaller sister island of Gozo,” Aquilina said, adding, “and we have major building programs for large apartment blocks, shopping centers, and hotels.“

The ambassador said finance is another sector in which Chinese companies may find profitable opportunities, as the country tries to establish itself as one of the major financial centers in Europe.

“We are a member of the European Union and an English-speaking country. Our commerce is based on the British system, which is very reliable and efficient,” the ambassador stated, noting that Malta is a good launching pad for Chinese companies who want to operate in the larger European market.

The prospect of bilateral trade and investment will also help develop fruitful cooperation within the framework of the Belt and Road Initiative (BRI). The ambassador said Malta is one of the first countries in Europe to sign a Memorandum of Understanding (MOU) with China to jointly advance the construction of the BRI, with the cooperation already having achieved win-win outcomes. He gave the example of China’s Shanghai Electric Power Company helping Malta upgrade its energy production from diesel to gas-based, all through investments made through the BRI. Malta now has new reliable power stations equipped with the latest technologies which can produce cleaner electricity at a lower price. Meanwhile, Chinese investors are making a profit, the ambassador explained.

Regarding the fight against COVID-19, the ambassador said by learning from China’s experience, Malta has succeeded in keeping the coronavirus under control and is now one of the safest countries in Europe. He said the country is also learning from China in terms of economic recovery. “China is now leading the world in economic recovery. We are following what China is doing and the Maltese economy is recovering very quickly.“

The objective of this agency should be to create and consolidate a unique brand for the entire Mediterranean.
Read more

SMEs at the heart of a new EU-Africa cooperation