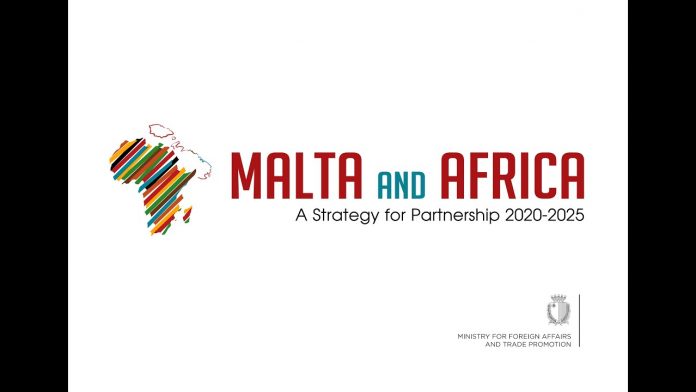 In recent months, the European Union has embarked on an important process to promote strong engagement and influential collaboration with the African Union in order to lay the foundations for a new comprehensive partnership between Europe and Africa and support economic growth, create innovative jobs, improve international security processes in the Mediterranean and reduce irregular migration. Dialogue remains the central element of this approach and Malta plays a leading role, as explained by Stefan Zrinzo Azzopardi, the Parliamentary Secretary for EU Funds, in a recent article published by the Times of Malta.

Azzopardi, recalling the words of the President of the European Council, Charles Michel, explained that the European Union is working on a strategy to strengthen synergy with Africa, not for Africa, and this approach underpins Malta’s strategy, launched by the island’s institutions over the past few months.

Malta’s strategy positions the strengths of trade, solidarity and partnership as the basis for Malta’s future relations with the African continent. Africa is not asking for mere aid but for the creation of real wealth: i.e. trade, development and growth. This requires strengthening business-to-business contacts, sharing of knowledge and skills and investment in both directions, starting with the development of a well-defined network. Already in 2020, the Ministry of Trade Promotion led trade delegations to Ghana, Ethiopia and Côte d’Ivoire, as well as an initial exploratory visit to Rwanda and saw the first Maltese Diplomatic Mission to Ghana take place. In addition, Malta is working with Libya on several projects, earning the trust of both sides due to its neutrality and history, as reported in Minister Bartolo’s numerous press notes.

The Maltese Foreign Ministry has always reiterated and supported the idea of unity for the Libyan people through political dialogue, which can generate a positive impact on Libya, Malta and the entire region. “Malta will play its part in ensuring the success of the UN-led political process by listening to the demands of all Libyan parties so that it can reflect their visions in the European Union meetings,” Evarist Bartolo had said.

The urgent challenge facing the African continent is the health pandemic and the subsequent devastation to the continent’s economy. While Africa is facing medical and health challenges the impact on the African economy is registering huge losses. The World Bank predicts that the economies of Nigeria and South Africa, two of Africa’s largest economies, will shrink as a result of the health pandemic with major effects on jobs and livelihoods. Malta is preparing to play an even greater role in development and economic capacity building and international cooperation across Africa. The island is aware of the enormous potential of the African continent and the Maltese government is further triggering the potential for cooperation through the establishment of diplomatic missions in East and West Africa and by consolidating ties with the African Union, which is playing an increasingly important role in the development of relations with Europe.

Africa is set to take a leading role in its own future through the launch of the African Continental Trade Agreement (AfCTA). The agreement was developed by African Union players through the removal of trade tariffs within Africa and on 90% of goods, allowing free access to raw materials, goods and services. The United Nations Economic Commission for Africa estimates that this trade agreement will increase regional economic cooperation by 52% by 2022. Malta’s engagement with Africa has been timely and the commercial future in the Mediterranean will also be the result of the synergy and diplomacy that the Island has managed to trigger in the African continent.

Malta Business Agency, in partnership with ASCAME and the Anima Investment Network, offers businesses a complete package of integrated services for internationalisation and export in the Mediterranean in emerging African markets.