Brexit effect: boom of ships and yachts registered in Malta 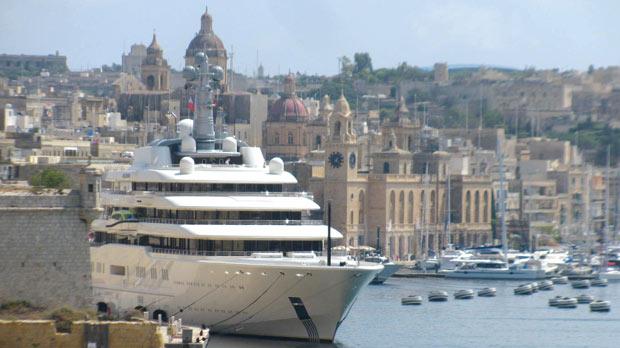 The uncertainty surrounding Brexit, which comes into effect on 1 January 2021, has led many ships and yacht owners to leave the UK Ship Register to adopt a cautious approach, retaining an EU flag rather than face the risk of instability that the UK’s exit would create for future trade agreements within the European space. So for Malta, the Brexit has created a new opportunity to consolidate the Shipping Register and establish itself as the largest flag in Europe and the sixth largest in the world.

French shipping giant CMA CGM, which prior to Brexit was the largest owner of container ships under the UK flag, was one of the main shipowners to relocate its fleet to other European countries as a result of the Brexit referendum, with the vast majority of its fleet relocated to Malta in 2019. As the fourth largest container shipping line in the world, CMA CGM constitutes one of the highest profile cases of reflagging that the Malta Ship Registry has witnessed as a direct result of Brexit. A number of factors influenced the French company’s decision to flag out to Malta, including the fact that it had traditionally operated within the EU legislative framework, thereby establishing its competitiveness.

Other notable instances of reflagging during this period involved Norwegian vehicle carrier Wallenius Wilhelmsen, which completed the transfer of its UK-registered ships to Malta in late 2019. In addition, Naples-based Grimaldi Group has been staggering the reflagging of its fleet of vessels to Malta for several years, with the most recent redeployments completed in early 2021.

Malta’s ship registry saw an unprecedented increase in the number of new registrations between 2019 and 2020, with tonnage increasing by 7% – the largest increase in the world at that time.

But the uncertainties caused by Brexit are not the only reason why Malta is an ideal choice. Many owners see the Maltese flag as a rigorous one that maintains high standards and quality tonnage, as well as ensuring experience, versatility and a good reputation. Moreover, the Maltese flag is listed as a blank in the Paris and Tokyo Memoranda of Understanding on Port State Control. This means that Maltese-flagged vessels are subject to fewer port state inspections, which translates into smoother and more time-efficient port operations for shipowners.

Finally, the financial aspect brings a further boost, as shipowners are often required by their financiers to register their vessels under an EU flag, which is advantageous for creditors granting loans on the purchase of vessels. Malta, in particular, guarantees special legislative conditions with regard to mortgaging by the lender in the event of default and defaults, thus establishing itself as an attractive option both for lenders and, consequently, for shipowners seeking fast and secure financing.

To register your vessel in Malta, rely on the support of the Malta Business Agency team. Request more information or book an initial consultation by filling in the following form.

Emirates to resume flights from Dubai to Malta