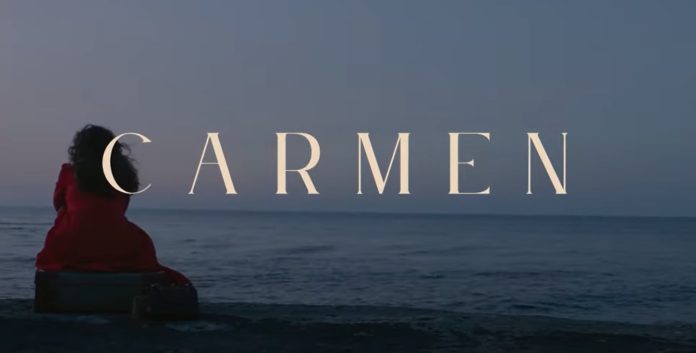 New international success for Maltese cinema thanks to the film “Carmen”, directed by director Valerie Buhagiar, which won the best film award at the Canadian Film Fest.

Inspired by true events and set in a village in Malta, Carmen is the story of a woman, played by actress Natascha McElhone, who finds love, and rediscovers a new life, at the age of 50, in a Maltese village in the 1980s. Accompanying the protagonist is a cast that features several Maltese names in the lead roles: newcomer Michaela Farrugia, along with veterans Henry Zammit Cordina, Peter Galea and Paul Portelli. The crew list is also predominantly and at all levels composed of Maltese film professionals.

The production of the film was supported by a €80,000 grant from the Malta Film Fund, and filming took place in various locations and villages in Malta and the sister island of Gozo.

“The release of this film came at the end of a long journey. During filming we showed glimpses of a traditional Malta and brought to life a story inspired by little known traditions. We are delighted that the film was successfully received in Canada, creating interest and curiosity about our islands, while showcasing the talents of our cast and crew. The collaboration between Maltese and Canadians worked so well to bring Valerie’s story to life, and we can safely state our belief that co-productions are the way we can build a superior film industry,” commented producers Ellul and Psaila Savona.

Valerie Buhagiar is the second case of a Maltese director who has moved to Canada and built her own success there, following Mario Azzopardi’s flattering achievements as a director of television serials.

The film Carmen will be distributed by the end of 2022 in Malta, Canada and the United States.

For more information or advice on investment opportunities in audiovisual production in Malta contact the Malta Business Agency team by filling out the form below.

The objective of this agency should be to create and consolidate a unique brand for the entire Mediterranean.
Read more
Medaweek 2022

The countries bordering the Mediterranean basin have recovered their role as the epicenter of world tourism after the crisis brought about by the COVID-19 pandemic.
Read more
Economy

From 1 October 2022, for all residents in possession of a Tallinja Card, traveling on public transport in Malta will be free.
Read more

MedaWeek: COVID-19 provides an opportunity to boost the Health sector