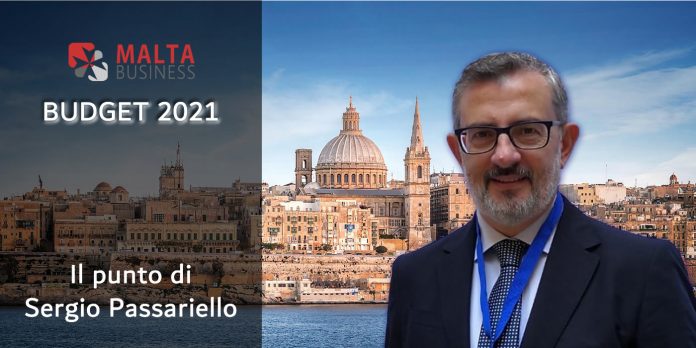 The budget package announced by the Maltese Government for 2021 comes at the end of an unexpected year. Forecasts in the previous Budget 2020 spoke of a controlled slowdown in economic growth, which the Government had developed to adopt a more cautious approach after an economic boom in previous years, for which no one was prepared, and for which the country felt some pressure. This year, on the other hand, there was a nasty surprise: the slowdown was substantial and out of control, due to the coronavirus emergency that brought the global economy to its knees. And that has not spared Malta, which can still be consoled with far fewer repercussions than other countries and with the highest post-emergency recovery estimates.

This scenario has provided the framework for a 2021 budget based on continuity with anti-Covid and long-term economic policies. Therefore, the ad hoc measures already promoted in recent months to reduce the negative effects caused by the emergency have been renewed, and combined with objectives for the consolidation of the Maltese economic system and its full affirmation in the international scenario through key words such as Innovation, Sustainability and Quality of Life. Let us now go over the main interventions organized by area of intervention.

With this Budget, the Government has given a clear signal to the productive world that it wants to keep the pressure on recoveries loosened and to ensure new forms of support with respect to the burdens that, in a period of crisis, weigh heavily on budgets. Starting with personnel expenses, with the help for the payment of salaries and the defence of jobs, which will be extended until March 2021. Some tax deferrals, moratoria and state-guaranteed bank loans have also been confirmed. Looking instead at the long term and post-emergency, the focus is particularly on the consolidation of small businesses (increased VAT exemption thresholds, support for innovation and the search for new markets), the attraction of new companies from abroad (especially startups and E-sports developers) and, perhaps more than in previous years, the primary sector, with subsidies in agriculture and fisheries, as well as new programmes to attract more young people to these sectors which sometimes suffer from a lack of professional resources.

The quality of life is an expression that has been relaunched several times in recent years, after some discomforts that have emerged as a result of the economic boom. So now the Budget starts planning a new economic growth, including projects such as the one for clean air at the Port of Valletta, hit by the smog brought by large ships, or new investments for energy conversion at the Freeport of Birzebuggia. The Government will also draw up a programme worth around 220 million euros, as part of the Recovery Fund, dedicated to investments in the environment and policies to combat climate change.

Everything is ready to give life to a new Strategy on the Digitisation of Malta, which foresees the introduction of innovative technologies such as Virtual Reality, Augmented Reality, immersive technology, 3D printing, quantum computing and high performance. For Artificial Intelligence, whose strategy has already been developed, the first application phase will begin in three sectors: education, health and transport. Many investments in innovation also involve the island of Gozo, which has lagged behind its big sister in the last decade: the introduction of a second fibre optic cable between Malta and Gozo to support the Innovation Hub’s operations in Xewkija, the continuation of the Smart Parking project, the extension of preferential schemes designed specifically for Gozitan companies such as the Employment Refund and Teleworking Scheme, and the strengthening of the Back-Office Employment Refund Scheme on digital innovation.

Budget 2021 launches a new Aviation Strategy through a technical stakeholder table that will include representatives of the aviation industry, while by sea it aims to strengthen the maritime register by attracting new Super Yachts to register in Malta. State aid will be guaranteed for the national airline Air Malta, linked to last year’s difficulties, and ad hoc measures to attract new tourists, in the post-emergency period, not only during the summer period but throughout the year, through the diversification of the offer and the organisation of major events spread over the four seasons. Finally, design competitions are planned on the regeneration of areas with a tourist vocation, and an investment in safety aimed at places like Paceville.

In conclusion, the Budget reflects a certain optimism on the part of the Government about the possibility of a real recovery of the economy within six months. But this sentiment does not seem to be fully shared by companies, given the situation still “on the high seas” on the spread of contagions. Long-term planning and a vision that looks to the coming decades to consolidate the great results of recent years are certainly appreciated. But in such a delicate historical moment for companies, it is natural to look first of all at the present, where there are still enormous difficulties in meeting operating costs: and with respect to this, the shield created by the State is currently being renewed only for the first part of the calendar year. The hope is that in the meantime the spring of 2021 will deliver an important step forward in the victory against the coronavirus. Otherwise it will be necessary for the Government to review the budget in order to continue to defend the resilience of the economic and productive system, starting with an intelligent spending of the resources linked to the Recovery Fund.

A strategic and far-sighted vision, as well as fiscal, technological and bureaucratic advantages, make Malta the ideal base to restart with your business project in the post-emergency period. To request a strategic consultancy contact the Malta Business Agency offices by filling in the following form: 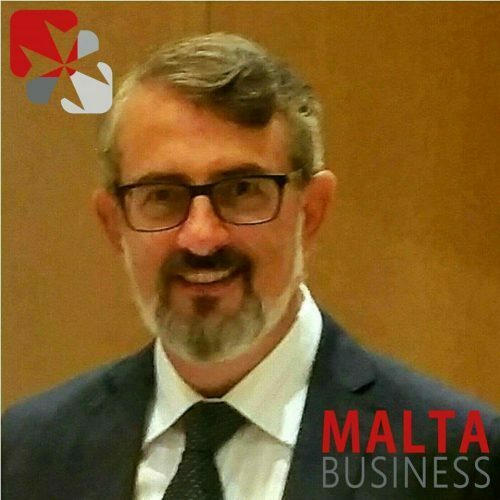 Sergio Passariello
Founder of the "Malta Business" network, a consulting, development and business organization network in Malta. CEO of Euromed International Trade which deals with business internationalization and commercial development. CEO of the Malta-based Mediterranean Academy of Culture, Technology and Commerce, MFHEA licensed higher education institution. Founder of the CETA BUSINESS FORUM and the CETA BUSINESS NETWORK, the first digital entrepreneurial ecosystem to enhance the relationship between Europe and Canada.
By Sergio Passariello

Malta amongst first countries to ban imports of single-use plastics

Restart from Malta with the Digital Economy: the free webinar