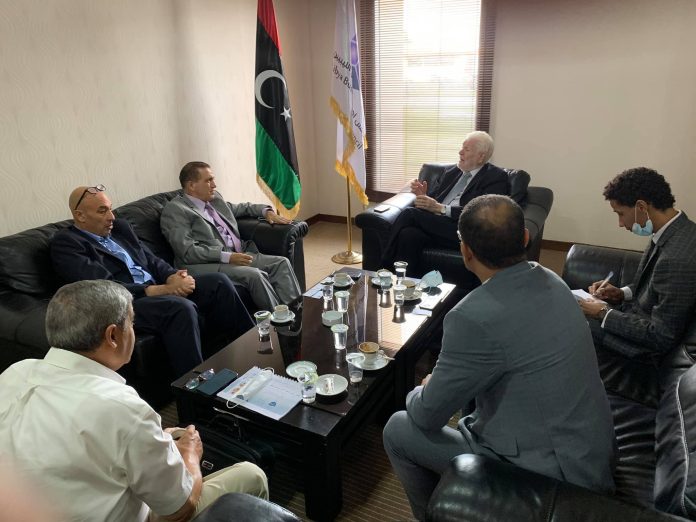 Trade relations between Malta and Libya have been strengthened thanks to a series of agreements recently signed between the Maltese Embassy in Tripoli and the Libyan Business Council (LBC).

The agreements were finalized during a meeting that took place recently between the leader of the LBC, Abdalla Fellah, and the Maltese ambassador to Libya Charles Saliba. Also present were the Maltese consul, Sandro Magro, the executive director of the LBC, the chairman of the LBC’s economic committee, and the heads of the LBC’s eastern and southern branches.

Malta has received an official invitation to open a new consulate in Benghazi, as well as to participate in new investment opportunities in Southern Libya, where interesting projects are being developed both in the field of industry and agriculture.

The Maltese ambassador then heard reports on the reconstruction projects in Libya, implemented thanks to the contribution of the private sector, and on the new digital business platform Almenasa, created to provide services to businesses and encourage new public-private partnerships.

Other agreements reached concern: the facilitation in the granting of visas, a future visit to Malta by a delegation of LBC at the invitation of the Chamber of Commerce, the opening of new branches of Libyan banks in Malta and the recognition of the Libyan certificate of vaccination in order to travel to Malta without the obligation of quarantine.

ASCAME celebrates the prominent addition of the WestMED Initiative to the ASCAME network. To close 2021 on a high note, ASCAME and WestMED have signed a...
Read more
Bilateral agreements

Malta's ambassador in Doha, Charles Sultana, said that his country has strong and long-term friendly relations with Qatar, which culminated in the opening of...
Read more

Agrifood: the Regulation on unfair commercial practices is in force

Edward Chetcuti appointed as new CEO of The Malta Chamber